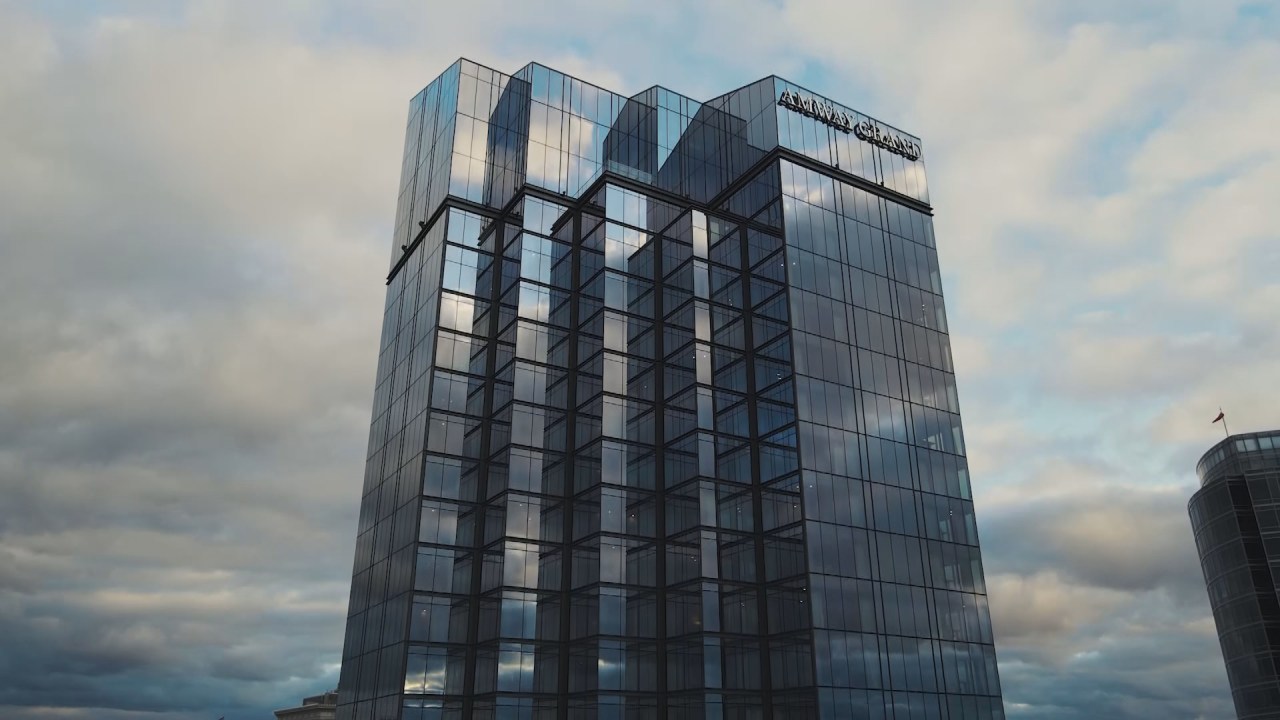 A significant part of the work consisted of replacing all of the glass panels in the west tower.

“All of those rooms have been replaced with floor-to-ceiling windows,” AHC Hospitality regional manager Ross Bartlett told News 8 during a first glimpse of the renovated hotel. “It is absolutely beautiful.”

“We went over with the translucent glass, a slightly clearer picture of downtown,” Bartlett said. “Previously, there was a knee-high wall that took away the view, so we were able to bury some of those mechanical parts in the ceiling and expand the view. Obviously, being able to look down is fun in itself.

Each of the West Tower’s 287 rooms has an updated view, and the suites include two rooms with a view. The renovation also added rooms with balconies that were previously closed.

The crown jewel of the project sits atop the tower at MDRD, a new restaurant that can offer one of the best views in town.

“It was time for the Amway Grand to freshen up and obviously revitalize the Grand Rapids skyline,” Bartlett said. “It has always been an iconic piece of the skyline.”

The rooms are ready to be reserved by customers.

The hotel is also planning to renovate its spa area on the fourth floor, at an estimated cost of $ 200,000. A permit application Submitted to the city last week, crews will demolish existing facilities and some rooms to make way for new, larger spa facilities.

—Christa Ferguson of News 8 contributed to this report.