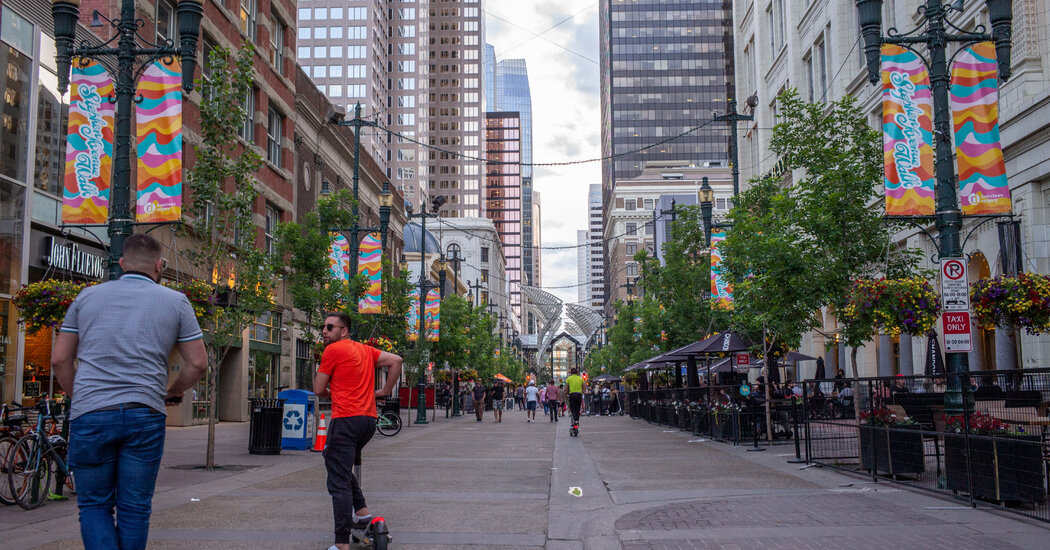 The pandemic is by no means over. But Canada seems to at least erase some of the sleep from its eyes, as various restrictions have been lifted in most provinces.

This long weekend brought another wave of relaxation as the number of vaccinations continued to rise. As of Friday, the number of fully vaccinated adults reached 31 percent and 68 percent of Canadians had received at least one injection.

The latest Covid-19 modeling released by the Public Health Agency of Canada shows the vaccination campaign is working. Hospital admissions, the number of cases and, thankfully, deaths are steadily declining. The R number, which represents the number of people to whom an infected person will transmit the virus, has been less than 1 since April 17, strong confirmation that the virus is on the decline.

None of this means that the Delta variant is no longer a problem and that we can forgo precautions altogether. The Public Health Agency has released a handy chart, offering advice to fully and partially vaccinated Canadians, as well as an interactive risk assessment questionnaire.

In short, if we are to push back a fourth wave and another round of restrictions, more Canadians must continue to be vaccinated. Dr. Theresa Tam, Canada’s chief public health officer, said even fully vaccinated people cannot resume normal lives until 80 percent of Canadians are vaccinated.

“As we continue to make great strides with more than 36 million doses of vaccine administered by provinces and territories to date, precautions are still needed as immunity grows in our communities,” said the Dr. Tam in a Canada Day message.

Just as provinces have imposed different restrictions, reopenings have varied across the country. On Canada Day, Alberta lifted almost all of its pandemic restrictions, although it still allows businesses and institutions to demand measures such as the wearing of masks. Saskatchewan is expected to make a similar move on July 11.

Nova Scotia on Wednesday reopened its border with the rest of Canada – or at least to fully vaccinated people from other provinces.

And on Monday, fully vaccinated Canadians returning home will no longer have to self-quarantine in a government hotel while awaiting test results. The date of the full reopening of the border remains unknown.

A little over a week ago, I returned from my first out-of-province posting since the closures began in March of last year. And I headed for western Canada, the destination of my previous prepandemic trip.

I was there to report on the discovery of human remains on the grounds of former residential schools in British Columbia and Alberta.

As I drove about 3,000 kilometers through Alberta, British Columbia and Saskatchewan, it was impossible not to see that there were notable differences between the three provinces when it came to reopening as well. than with Ontario, where I live.

There is certainly not a great resurgence in travel. While my Ottawa-Calgary flight was packed, the terminals in both cities are largely deserted, an overwhelming majority of their stores and restaurants were not only closed but often emptied of everything, including coffee carafes. Even vending machines were stripped of their wares.

When I picked up a rental car, the clerk told me that business was still down about 90%. The rental rate, like my plane ticket, was way above what I was typically charged in the past. Upon checking out at a 224 room hotel, I saw a tally sheet indicating that only 29 were occupied that night. Food and room service was limited or absent in hotels and, wisely, housekeepers did not clean rooms except on request.

Perhaps because British Columbia has never closed as much as the other provinces, it seemed more normal than the other provinces. (I left just before the Dome of Deadly Heat came down.) Fifty high school kids showed up for a graduation party at my hotel. This size of indoor gathering is still a distant memory in Ontario.

Canada Day, of course, has remained a more low-key and largely virtual affair than in the past. But it wasn’t just because of the pandemic. Several communities and groups have canceled or modified their celebration plans out of respect for the demands of Indigenous leaders and groups.

[Read:After Bodies Are Found, Some Say Canada Day Is Nothing to Celebrate]

With the summer and the relaxation of the rules, what are your plans? Are you inclined to fly back for an out-of-province vacation or will you stay closer to home until full immunization levels increase? How do you feel about welcoming guests, especially from afar?

Please send your comments with your full name and location to [email protected] Unless you indicate otherwise, I may use some of your responses in a future newsletter.

A native of Windsor, Ontario, Ian Austen was educated in Toronto, lives in Ottawa and has reported on Canada for The New York Times for the past 16 years. Follow him on Twitter at @ianrausten.

How are we?
We look forward to hearing your thoughts on this newsletter and events in Canada in general. Please send them to [email protected]

Do you like this email?
Pass it on to your friends and let them know they can sign up here.