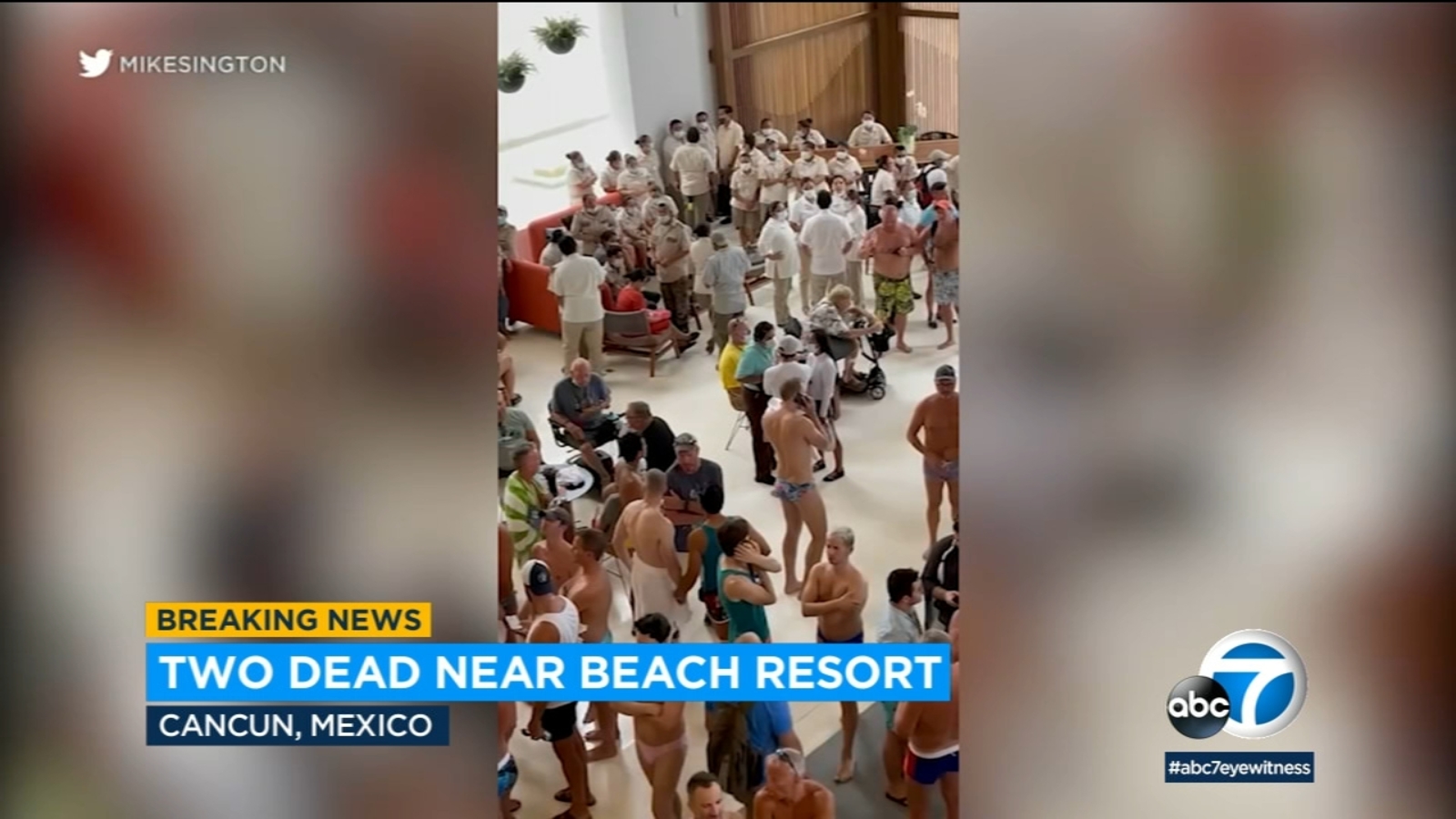 CANCUN, Mexico (KABC) – A confrontation between members of rival drug trafficking groups resulted in the deaths of two of them on a beach in Mexico, prompting guests at a nearby resort to seek refuge, according to ABC News.

Staff at the Hyatt Ziva Riviera Cancun hotel on Thursday asked guests to take cover amid early reports of an active shooter at the resort, a person staying at the hotel confirmed.

The beachfront hotel is popular with American tourists. Jim Wildermuth, a hotel guest and US citizen who lives in Atlanta, told ABC News he heard gunshots there.

Shortly after 2 p.m. local time, Wildermuth said, he was at the pool outside his room with a few other guests when they heard the “crackles”.

“We kind of looked at each other funny,” he said, and then they ran to their rooms, where they were told to take cover in place as there was an active shooter on the property.
Wildermuth said he had been sitting in his room for about an hour with the curtains closed and had not heard gunshots since, but then saw soldiers outside the hotel and staff directing people to what he believed to be the main hall.

“Our team at Azul Beach Resort Riviera Cancun is closely monitoring developments following a shooting that took place on the beach near the resort,” the statement said. “No guests or employees were injured. As always, the safety and security of our guests is our greatest concern. An investigation is currently underway and we are doing everything possible to facilitate and support the work of local authorities. Any questions regarding the incident should be reported to local authorities.

DEVELOPMENT: More details will be added to this report as they become available.