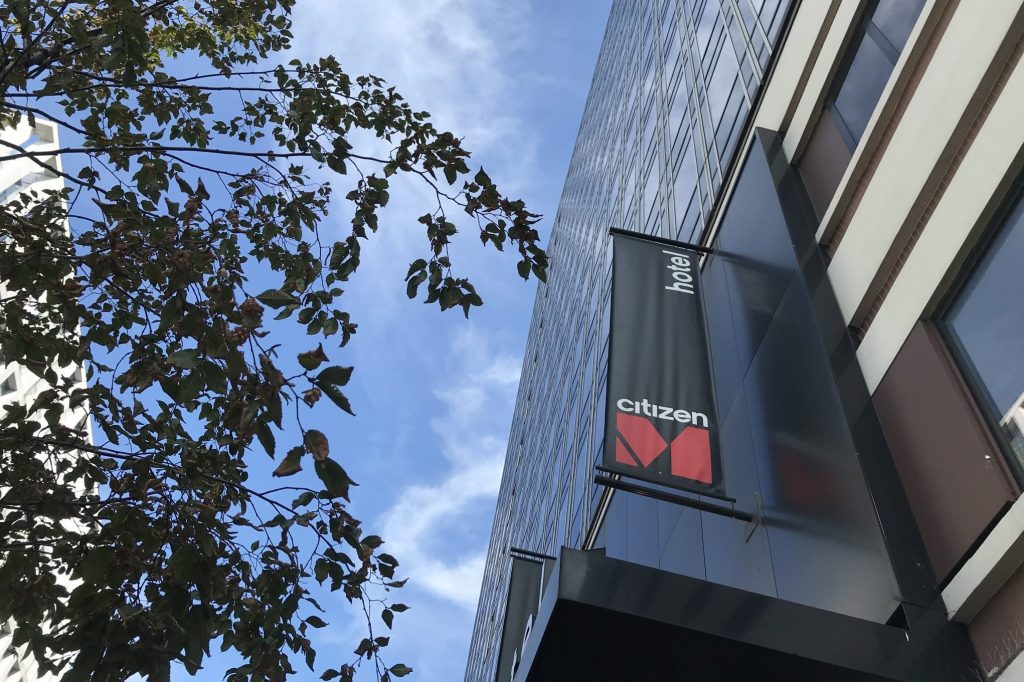 The money pouring in for hotel expansion is the real signal that the hospitality industry is coming back to life.

Dutch hotel company CitizenM is dusting off the pandemic with deep pockets to embark on a wave of global growth.

More than half of the big money will go towards brand expansion while some of the money will go to finishing projects already underway and offsetting the company’s financial slowdown during the pandemic.

CitizenM was one of many hotel companies during the pandemic to roll out new offerings to bolster any potential revenue as demand levels hit historic lows. The company offered corporate subscriptions allowing business travelers to work from the public areas of any of the brand’s hotels, book meeting space, or stay three nights a month with breakfast.

But the expansion plans discussed this week look a lot like a return to normal for the hotel industry.

“It hasn’t been business as usual, but the long-term strategy with our shareholders is unchanged,” CitizenM CEO Klaas van Lookeren Campaign said in an interview with Bloomberg, who first announced the ‘increase in capital. “We are patient. We have all been through many crises in the past.

Although the company has European roots, the brand has grown significantly in the United States and Asia.

Representatives for CitizenM did not immediately respond to Skift’s request for comment on its plans for the latest financial injection.

CitizenM is expected to have 24 hotels in its portfolio by the end of the year and potentially more than 40 by the end of 2022, a notable step on the gas pedal for a company once known to add only one new hotel per year. The company is known for its so-called micro-hotel style, where rooms are smaller than a typical hotel room and encourage guests to use more public spaces.

That sort of concept may have seemed out of place last year amid the early days of a pandemic when social distancing was the primary mitigation effort against the spread of the virus. But van Lookeren Champagne doesn’t see much of a radical change in the travel climate.

“We came to the conclusion quite quickly that not much will change,” he said. “People may travel a little less often, but when they travel, they will travel longer. “

CitizenM even made inroads during the pandemic by attracting business travelers. The company signed a deal with Facebook now Meta for a 240-room hotel next to the tech giant’s headquarters in Menlo Park, California. The deal also signaled long-term optimism about the return of business travel, something Marriott International CEO Tony Capuano echoed this week.

“I think the shift in business is going to shock us all on the upside,” he told the NYU International Hospitality Industry Investment Conference this week. “Transitional business is going to come back in a way that will challenge some of the really downside forecasts.”

Van Lookeren Champagne’s broader upbeat travel sentiment has spread throughout the C-suite of many of the world’s largest hotel companies.

Capuano was joined by CEOs of IHG Hotels & Resorts, Hilton and BWH Hotel Group – the parent company of Best Western – at the NYU conference. Each provided optimistic recovery forecasts for 2022.

Hilton CEO Christopher Nassetta has indicated his company will eclipse 2019 performance levels next year. If such a return to normal occurs, hotel development projects like CitizenM’s are possible.

“Sharks never stop swimming because if they stop swimming, they die. Developers are growing, ”Capuano said this week while commenting on a slight increase in transactions at his own company.