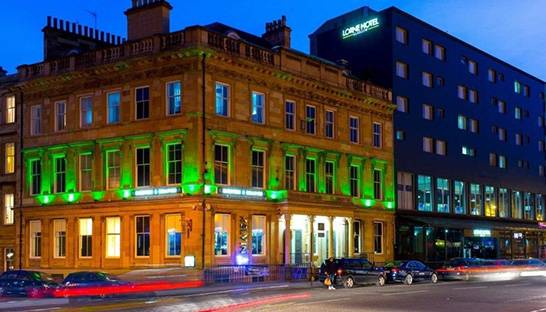 A hotel forced to close during the UK’s winter lockdown has been sold out of administration. Experts from Interpath Advisory have found a buyer for Lorne Hotel, after being appointed to the administration in April 2021.

Located in Glasgow, the Lorne Hotel is a 102 bed resort located on Sauchiehall Street. The three-star hotel was forced to close its doors in winter 2020, due to the impact of the pandemic.

Historically, the owner of the hotel, Bellhill, has been a profitable business. However, Covid-19 restrictions prevented him from operating his hotel, bar and restaurant at Lorne Hotel in 2020. Following a significant loss in revenue, the company director took various measures. to reduce costs and manage cash flow during the pandemic.

Despite these changes, an unfavorable outcome in a lawsuit against the company in April 2021 left the director with no choice but to put the company into receivership. The news saw 30 employees made redundant, while Blair Nimmo and Alistair McAlinden of Interpath Advisory were installed to oversee the sale of the company in May.

The property of the Lorne Hotel was marketed for sale on behalf of the joint directors by corporate real estate consultant Christie & Co. As a result of this process, the hotel was acquired by PL Glasgow.

McAlinden said of the news: “Despite these incredibly difficult and uncertain times for businesses operating in the leisure and hospitality industry, the level of interest shown in this building since the administration began has been remarkable. We send our best wishes to the new owners and look forward to seeing it once again generating wealth and jobs for the city of Glasgow.

Beyond this individual case, the British hotel sector is still far from being out of the woods when it comes to the pandemic. In recent weeks, hotel companies have lobbied the UK government for more support, as serious warnings about the Omicron spread had seen pubs, restaurants and concert halls hit by what some were saying. called a “stealth lock”. In response, in December Chancellor Rishi Sunak announced a £ 1 billion bailout for businesses affected by Covid, which includes one-off grants of £ 6,000 per local for pubs and restaurants.