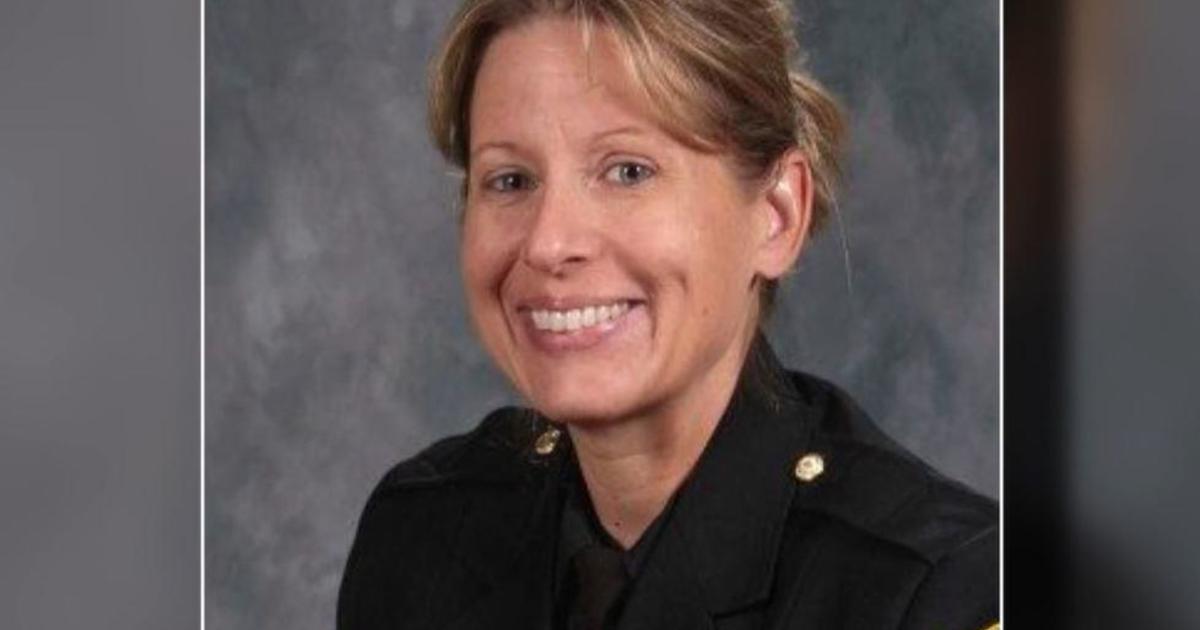 A prosecutor said Monday he would ask the Justice Department to review the cases of two people accused of the shooting of two police officers at a hotel in northern Illinois, and also asked federal prosecutors to pursue a conviction to death, reports CBS Chicago.

Darius Sullivan and Xandria Harris are accused of shooting Bradley’s police sergeant. Marlene Rittmanic, 49, and seriously injuring her partner, Officer Tyler Bailey, 27, on Wednesday night. Prosecutors said Sullivan likely killed Rittmanic with her own service weapon as she begged for her life.

Illinois is not a state on death row, but the United States attorney general may allow a petition to seek the death penalty in a federal murder case under certain circumstances, the state attorney said. Kankakee County State Jim Rowe in a bail hearing for Xandria Harris, 26. , from Bradley to the Kankakee County Circuit Court.

Sullivan, 25, of Bourbonnais was arrested at a house in North Manchester, Indiana on Friday, police said.

CBS Chicago reports that prosecutors said Rittmanic and Bailey were called to the hotel over a complaint about barking dogs that were left in a customer’s car. Bailey checked the car’s license plate with the barking dogs and discovered it belonged to Harris, prosecutors said.

Rittmanic and Bailey went upstairs to room 308 with the intention of issuing a ticket for a violation of the local noise ordinance against Harris because of the barking dogs, and to arrest Sullivan on warrants. pending, prosecutors said.

Officers knocked on the door to room 308 first, but there was no response. When officers struck again, Bailey announced it was the police and said they needed to deal with the dog complaint. Harris, who was pregnant at the time, said behind the door that she would walk out of the room, prosecutors said.

As Bailey and Rittmanic kept asking Harris to stop blocking the door, Sullivan came from the room with a 9mm handgun with a drum clamp, prosecutors said. Sullivan shot Bailey in the head, then fired a first shot at Rittmanic as she tried to get out of reach, prosecutors said.

In the middle of the fight, Harris walked down the hall and told Sullivan to “cock the gun.” Sullivan then got his hands on Rittmanic’s gun, prosecutors said.

Sullivan and Harris then stood over Rittmanic as she lay on the ground – having previously been shot. At this point, Harris was holding Sullivan’s gun, while Sullivan had Rittmanic’s duty gun in hand, prosecutors said. Sullivan then fired two shots at Rittmanic with what was believed to be his own weapon – while Harris handed Sullivan keys and told him he had to go, prosecutors said.

“Sergeant Rittmanic was just begging them to leave, you don’t have to do this, please go, please don’t, she was begging desperately for her life,” prosecutors said.

The case will go to a Kankakee County grand jury on January 22. The next court date for Harris is January 27, when she will be brought to justice.

Meanwhile, in Wabash, Indiana, Sullivan fights extradition to Illinois. Rowe said he would begin the process to ask the governor of Indiana to sign a warrant for Sullivan to be extradited to Kankakee County.

Bradley Police issued an alert via a Facebook post of fake GoFundMe accounts using Rittmanic’s name on Saturday. The family does not use any online crowdfunding source, the statement said.

Illinois State Police released a statement on behalf of Rittmanic’s family on Monday: “For her – the job was to make her community safe for everyone, she believed – and said:” This just because you can doesn’t mean you should. “This means that if you have legal grounds to stop someone, tow their car or fin them, it doesn’t mean you should.”

The Associated Press contributed to this report.

For the latest news and analysis, download the free CBS News app