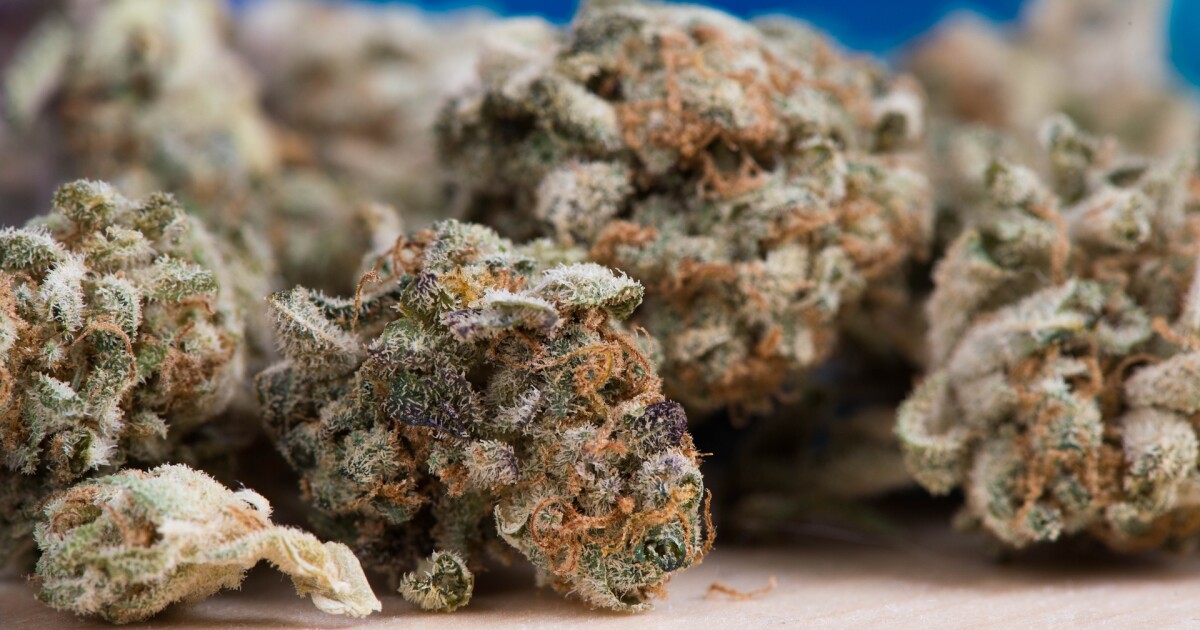 Good morning! It’s Thursday October 14th and it will be sunny with a high of 72. The National Weather Service says a warming trend will begin today and continue through the weekend.

Santa Cruz voters will decide next month the fate of Measure A which almost double the amount of money from the city’s cannabis trade tax to the Child Development Programs Fund. In the meantime, there are still steps to be taken if the supporters of the current Cruz Hotel project want to overcome strong opposition and be part of the Lower Pacific Avenue and Waterfront Redesign.

And before I hit the headlines, I wanted to tell you about a special Lookout offer for new members. With the reopening of the world (once again) we can go back to the cinema! There are some great films on the list with Daniel Craig’s latest Bond film, “No Time to Die” and the sequel to “Venom” in competition, and the highly anticipated “Dune” opening on October 22nd. So here’s the deal: If you become a new member today, we’ll give you two movie tickets to CineLux in Capitola or Scotts Valley. You can register here.

On November 2, residents of the city of Santa Cruz will vote on Measure A, which, if approved, would permanently establish and give more funding to the Santa Cruz Children’s Fund through the legalized marijuana industry. The fund currently receives 12.5% ​​of the city’s cannabis trade tax revenue; the measure would increase this amount to 20%. Learn more about our Hillary Ojeda here.

Is the first downtown hotel in nearly a century Cruz’n in town? What we know about the hot-button project

Santa Cruz is poised for its first downtown hotel development in over 90 years – a six-story, 152,000 square foot development known as the placeholder, “Cruz Hotel.” Amid an outcry from some of its customers, the Santa Cruz Community Credit Union officially sold its downtown property at 324 Front Street to hotel developers on September 30. To learn more about Lookout collaborator Hanna Merzbach, click here.

“There must be collective ownership” – The city’s new contact person for homelessness on the job, solutions: Santa Cruz officials appointed Larry Imwalle as the city’s new homeless response manager on October 5. As he takes office, he spoke to Grace Stetson of Lookout about what he thinks he needs to do to resolve the issue at the government and community level. Read more about Grace here.

PHOTOS: They turned a one-car garage into a great ADU to house their parents: Four years ago, when they were running out of space in their two-bedroom bungalow, Pastor Alvarado and Gennifer Leong-Alvarado approached architects Rebecca Rudolph and Catherine Johnson of Design, Bitches with a proposal. Could they design a multi-purpose room that would serve not only them but their extended family as well? The team converted a garage into a superb ADU in Atwater Village. Read more and see the photos here.

A senior California labor official and her husband accused of robbery, embezzlement and tax evasion: The California Attorney General’s Office has filed felony charges against the executive director of the Service Employees International Union California State Council, the state’s largest union with 700,000 members, alleging that an investigation into possible violations of the Campaign funding revealed that Alma Hernández and her husband had underreported their income. over $ 1.4 million to evade taxes. Read more here.

Port arrears sum up California’s COVID crisis: President Joe Biden announced on Wednesday that the ports of Los Angeles and Long Beach will move to 24/7 operations to help resolve massive supply chain backlogs. Before the pandemic, typically a single freighter had to anchor near ports – which together handle 40% of containers entering the United States – while waiting to unload its cargo. On Tuesday, there were 58, up from a record 73 in mid-September. Read more here.

That’s all for today. If you enjoy our coverage, please let your family and friends know about our Lookout newsletter and text center, where they can subscribe to all the newsletters and alerts that we offer. You can also keep tabs on everything we post during the day by bookmark our website and follow us on Facebook, Twitter and Instagram.

To make sure you’re up to date with everything that is happening in Santa Cruz, consider become a Lookout member. Our content is not possible without the support of the community.

Have a nice day!