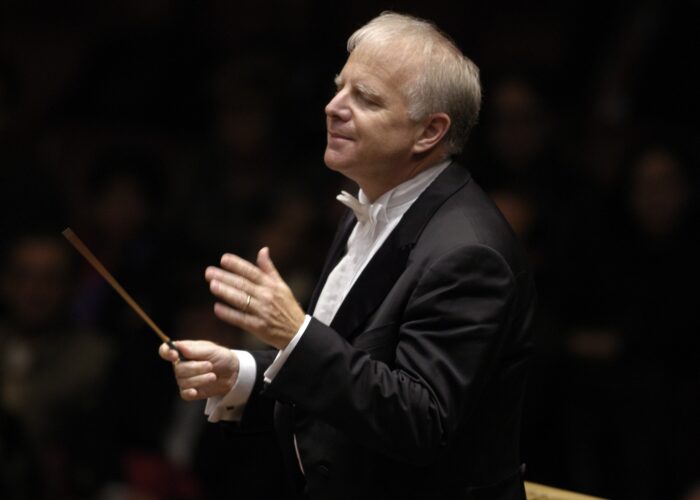 The Oakland Symphony has announced a full concert schedule for its 2021-22 season, under the direction of a series of guest conductors including Mei-Ann Chen, Nicholas McGegan and Leonard Slatkin.

The season is the orchestra’s first since the death on August 20 of music director Michael Morgan, who had led the orchestra – and was the public face of the organization – for 30 years.

Chen is scheduled to conduct the first of six classical programs for the season on November 19, conducting Florence Price’s Piano Concerto with soloist Lara Downes, as well as music by Beethoven and William Grant Still.

Leslie B. Dunner will then conduct two concerts with the orchestra, conducting Amy Beach’s “Gaelic Symphony” and Paul Moravec’s “Sanctuary Road” on January 21, and music by Jack Perla and Andrés Martin on March 25.

On March 4, guest conductor Kalena Bovell and guitarist Meng Su will perform in the music of Debussy, Rodrigo and Respighi.

McGegan, the longtime musical director of the Philharmonia Baroque Orchestra & Chorale who retired in 2018, is expected to be joined by Oscar-winning actor F. Murray Abraham (“Amadeus” and “The Grand Budapest Hotel”) and violinist Natasha Makhijani on April 22, for a music program by Mozart, Mendelssohn and Libby Larsen.

The season will conclude on May 20 with a guest appearance by Slatkin, the renowned former conductor of the St. Louis Symphony, the Detroit Symphony and the National Symphony. He plans to conduct a rare rendition of the anti-war oratorio “A Child of Our Time” by Michael Tippett, as well as music by Cindy McTee and Alan Hovhaness.

Guest conductors have yet to be announced for the annual “Let Us Break Bread Together” program on December 12, and for “Debbie Allen’s Playlist” on February 12, with tthree-time Emmy winner and 2021 Kennedy Center winner.

Lynne Morrow is also set to conduct the Oakland Symphony Chorus in a holiday concert on April 9 at the Cathedral of Christ of Light in Oakland.

Other than the choral concert, all performances are at the Paramount Theater. More information on www.oaklandsymphony.org.