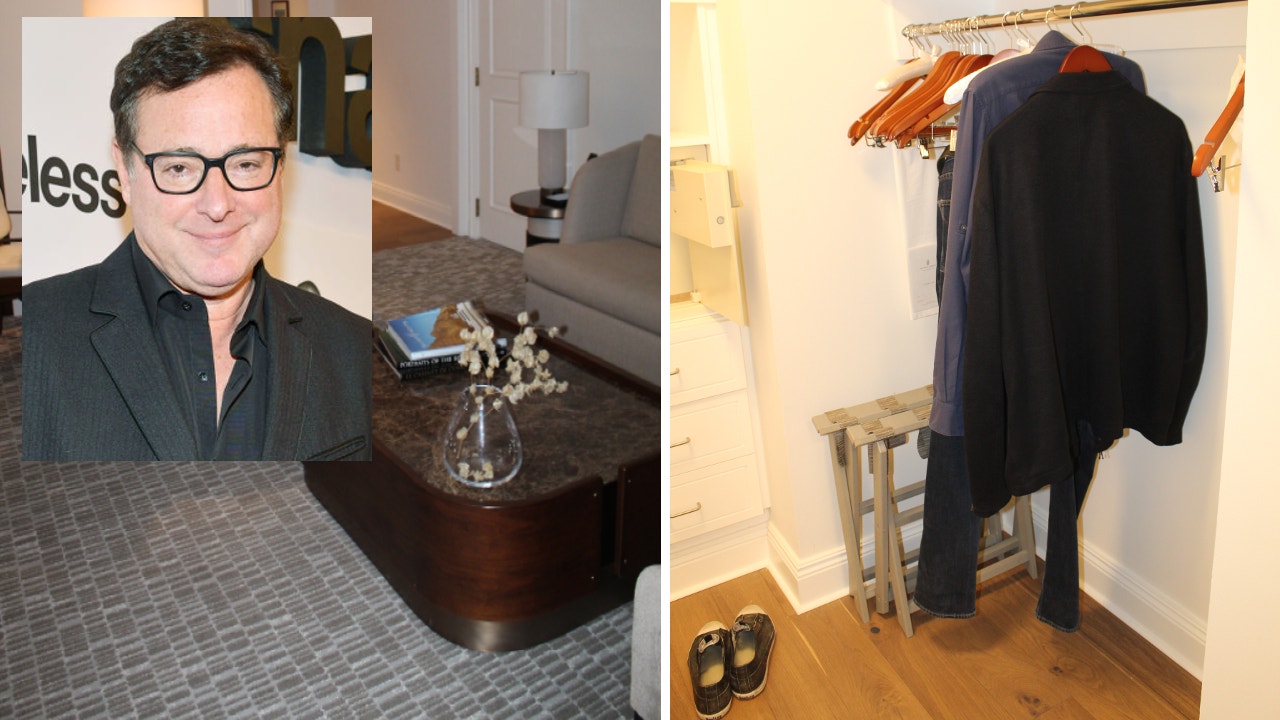 Photos of the hotel room where comedian Bob Saget died in Orlando, Florida have been released by the Orange County Sheriff’s Office.

ORLANDO, Florida. – The Orange County Sheriff’s Office in Florida released a batch of photos on Tuesday that were taken inside actor and comedian Bob Saget’s hotel room in Orlando, where he died earlier this year.

The “Full House”/”Fuller House” actor was found dead in his hotel room at the Ritz-Carlton Orlando on Jan. 9, 2022. He was in town performing a series of shows in the area.

In total, more than 30 photos were posted, mostly offering different points of view throughout the room – the living room, bedroom, bathroom and closet, which still had clothes on the hangers.

Last week, the medical examiner released additional details about the comedian’s potential cause of death: a fracture was discovered at the base of Saget’s skull with signs of bleeding around his brain. The medical examiner suggested that Saget may have fallen and hit something hard, followed by something soft, like carpet.

RELATED: Call to 911, new details revealed on the death of the actor in Orlando

LOS ANGELES, CA – JULY 25: Bob Saget performs at Operation Comedy With Bill Burr and Friends at Wiltern Theater on July 25, 2021 in Los Angeles, California. This is the first performance at the Wiltern in 15 months (Photo by Jeff Kravitz/FilmMagi

Reviewers returned to the actor’s hotel room as part of their investigation and ruled out most of the furniture as the cause of death, such as counters and nightstands, as they had hard edges.

Last week, a Florida judge also ruled to permanently block the publication of photos, videos and other details related to the actor’s death, a request made by Saget’s family. This latest batch of photos are being released because they weren’t specific to what the lawsuit specifically sought to block, a spokesperson for the Orange County Sheriff’s Office told FOX 35 Orlando.

Get the latest forecasts, sign up for weather alerts, and view live interactive radar for Orlando and Central Florida.