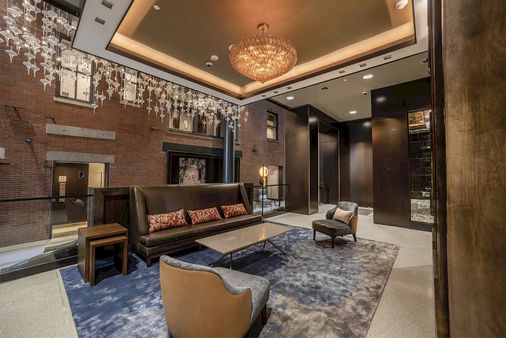 The hotel decided to evict him anyway, ignoring the threat of litigation. But for local hospitality industry executives, the episode highlighted a gap in state law that they hope new legislation could fill. Current law does not specifically allow hotels to evict people who insult or threaten their employees. And for some reason, this is becoming an increasingly important issue, especially since the onset of the COVID-19 pandemic.

Get the Rhode MapA weekday briefing from seasoned Rhode Island reporters, focused on the things that matter most about the Ocean State.

“The law needs to be modernized to reflect the changing world, the changing technology, and especially this growing level of animosity toward people working in these establishments,” Rhode Island lobbyist Sarah Bratko said Wednesday. Hospitality Association, during a House Small. Business committee hearing on a bill to settle the matter.

Bratko’s group, which includes hotels and restaurants, has also launched the ‘Please Be Kind’ initiative, asking customers to treat service staff with respect – and informing employees of the types of mental health resources available. Supply chain delays and COVID restrictions made customer service a tougher proposition, and horror stories abounded.

It’s still a problem two years later, not just in restaurants but also in hotels. Current law allows innkeepers to evict guests if they act “obviously intoxicated”, destroy or threaten to destroy hotel property, or cause or threaten to cause public disorder.

The law was originally enacted with good intentions, Bratko said. Allowing hotel evictions only in certain circumstances prevents discrimination in hotels against people of color. And they don’t want to limit that. But he now protects hotel property more than hotel employees. and as the Newport episode that inspired this legislation shows, it’s not specific enough, Bratko said.

“It’s been an ongoing problem, and we’re just looking for different tools that we can put in our toolbox to combat it,” Bratko said in an interview.

For civil rights groups like the American Civil Liberties Union of Rhode Island, parts of the proposal — particularly on the use of “verbally abusive language” — could raise First Amendment concerns.

“The term is open to wide and varied interpretation and is almost certain to engender arbitrary and discriminatory implementation,” Steven Brown, the group’s executive director, said in written testimony.

There is work behind the scenes to address these concerns, so the proposal could be modified.

The legislation would also allow hotels to refuse admission to anyone under the age of 18. As it stands, the law states that hotels can reject guests under the age of 18 if they are not in “good condition” or cannot afford the room. It would also allow hotels to kick someone out if they break a rule the hotel has posted online. Currently, these rules must be posted on the premises.

State Rep. Carol Hagan McEntee, chair of the Small Business Committee, questioned whether verbally or physically threatening an employee is already covered by law by allowing people to evict guests who cause a “public disturbance”.

“The question is, what is a ‘public disturbance,'” Bratko said. “The language speaks somewhat tragically if they destroy property, but is silent when they mistreat staff. Frankly, they are more important than ownership.