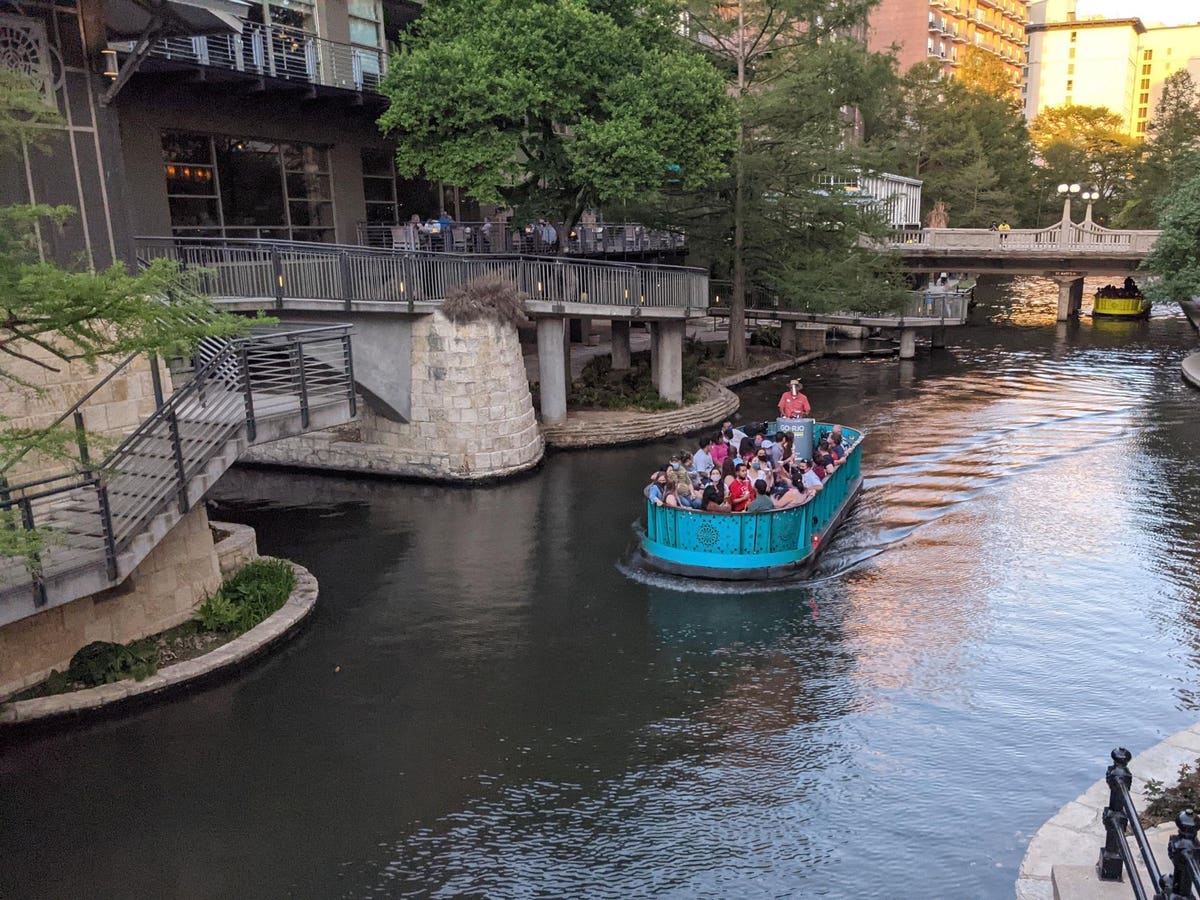 On a cool spring evening in San Antonio, these seemed like the surprising choices for boat trips on San Antonio’s bustling Riverwalk. Passengers could board a craft where everyone wore masks and practiced social distancing – or hurry to a floating super-spreader event like it was in 2019.

The first leg of an eight-month, 10,000-mile journey from Arizona to the east coast and back was filled with surprises like this. It was a preview of how the Delta variant was going to change the way we travel, perhaps permanently.

The COVID-19 pandemic had started to fade in parts of the United States, but the virus was still at large in Texas, which had recently suspended its strict mask rules. Face covers have come off at the New Mexico state border, like red onions at Kiki’s in El Paso. Only hotel employees at Holiday Inn San Antonio-Riverwalk mask. Almost none of the guests did.

A trip across the country in 2021 shows how COVID – especially the dangerous delta variant – has affected tourism. Travelers take off their masks in the spring and hit the road with me. Even when delta cases increased during the summer, Americans continued to travel.

This is the first in a series on an eight-month, 10,000-mile road trip around the United States during the rise and fall of the Delta variant.

And now, with an uncertain fall ahead, there’s a bit of Texas in a lot of us – at least when it comes to travel. A new OAG survey found that the capacity of U.S. domestic airlines increased 81 percent from June to August 2021, compared to the same period last year. And growth will continue: 70% of all consumers surveyed have already booked flights for future trips.

But the road has not been easy. My road trip, made with my three teenagers, was marked by several unexpected turns, unforeseen obstacles and unimaginable losses. It’s a personal journey that many other travelers have shared and will continue to share, as the pandemic prepares its next surprise.

And surprises happen. You can count on it.

In the first segment of our trip, from Arizona to Florida, we found out just how separated travelers have become in their COVID attitudes. While some religiously wore their face coverings and followed medical advice, others flouted the guidelines. This rift would only deepen as we continue to drive through the southern United States at what has proven to be a critical time during the pandemic.

Segregation of masks in San Antonio

San Antonio seemed like the perfect location for a stopover between Arizona and Florida. But, having spent the last eight months isolated in Sedona, I expected attitudes to be similar to those we have experienced in the west. They weren’t.

People were generally cautious about COVID in Sedona, with a few outliers. Most residents wore masks indoors and even outdoors. When the vaccine became available in early 2021, most neighbors and friends immediately signed up for the vaccine. But not everyone. My son and daughter occasionally encountered a vaccine dissident as they walked through town with their masks on. During presidential election season, anti-vaccines laughed at them for wearing face covers.

Now, walking around San Antonio with our masks on, we felt like weirdos. From top to bottom of the Riverwalk, most of the visitors have been discovered.

We had visited the town of Alamo four years ago, and apart from the separate boats, almost nothing had changed. A month earlier, Texas Governor Greg Abbott had rescinded the state’s mask mandate, making everything more or less normal, at least to the untrained eye.

This feeling of familiarity comforted us. San Antonio is one of my favorite places to visit. A hike along the Riverwalk, a visit from the Alamo and lunch at Señor Veggie’s is the perfect day off on a trip to the east coast.

The contradictions of pandemic travel became even more apparent in Orlando, our next stop. Tourists in Florida were as maskless as those in Texas – except when local rules required masks. Walt disney world, for example, maintained strict masking rules, even when it emerged, however briefly, that the virus was heading for exits.

I was expecting a more relaxed approach to masks, perhaps with requirements for indoor masks at the theme park. But no. Disney’s rules were foolproof, and the cast members – that’s Disneyspeak to employees – enforced them strictly. Even the Disney shopping and entertainment complex, Disney sources, examined each guest for masks and checked their temperature. One Saturday morning, long queues formed in the parking lot, creating a bottleneck at the entrance.

Despite all of this, Disney World was a familiar place. We had lived in Orlando for 12 years before moving to Arizona, and so many things felt familiar to us. Of course, at Disney Studios there was the new Star Wars: Edge of the Galaxy, a section with new attractions and a brand new hotel under construction. Fortunately, the masks fit perfectly with many Star Wars characters.

At the theme park, visitors seemed to tolerate the strict mask and social distancing rules the same way they did for the laissez-faire restrictions on the Riverwalk: they ignored them. There were some outliers, like the rare guest who decided to fuss about having to wear a mask and found himself kicked out of the park.

Other than that, Disney seemed determined to make everything look normal. But with the delta variant around the corner, maintaining the sense of normalcy would become a challenge. Delta was going to change the way everyone traveled.

The masks come off on the Florida coast

As we wrapped up the first segment of our road trip, Florida had more surprises in store for us.

Mickey probably wouldn’t have approved of Florida’s Space Coast, where spring break was starting to end. Some attractions, such as Kennedy Space Center and the Brévard Zoo, still need masking. But here, for the first time since Sedona, we’ve encountered open hostility to masks.

When we got in the elevator to the Beachfront Suites at Cocoa Beach, an unmasked guest refused to join me and my son on the way up. Glancing darkly at our face coverings, he said, “I don’t to do masks. “

Off Cocoa Beach, three Disney ships had dropped anchor, patiently awaiting the resumption of the cruise. During the pandemic, the cruise industry had run aground. At the time of my visit, as the CDC mulled over tough new rules for cruise lines, a cruise resumption seemed like a distant possibility.

The highlight of our visit was the SpaceX Crew-2 Mission. The rocket lit up the night sky on its way to the International Space Station in April, giving tourism officials hope that a new space race would bring much-needed visitors back to the region.

Our last stop in the Sunshine State was in Sarasota on the West Coast. Oddly enough, we had another elevator episode. It happened when we stayed at Embassy Suites in downtown Sarasota. Again, my son and I wore masks. Another hotel guest got into the elevator without a mask. She apologized, saying she forgot hers. Then she asked both of us if we had been vaccinated. We shake our heads nervously.

It was a strange moment – a traveling companion trying to straddle the world of the vaccinated and the unvaccinated, the masked and the unmasked. I felt as disgusted with the elevator meeting two as with the number one.

Thinking back to the first part of our adventure, I think the travelers were trying to navigate as best they could in a strange new world of vaccines and masks. They had no idea that a dangerous new COVID strain was waiting behind the scenes and could not have predicted how the delta variant would change the way they travel. All assumed the worst of COVID was behind them, and it didn’t really matter which side they landed on.

But the worst of COVID was yet to come and, in the end, their actions mattered – a lot.

Next: Our delta road trip continues through Georgia and South Carolina, where tourism officials struggle to make COVID a distant memory.