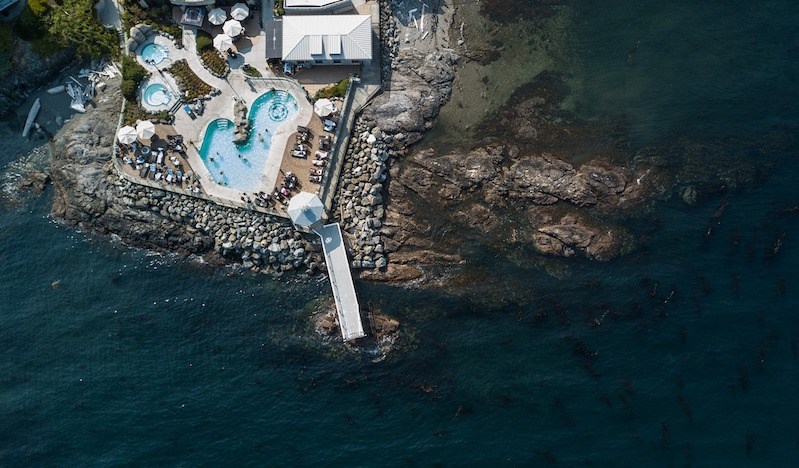 It has also been ranked among the best accommodation in the world. 😍

One hotel in British Columbia has been rated as one of the best in Canada and among the best in the world.

For its 34th edition Readers’ Choice Award Survey, Condé Nast Traveler asked readers to weigh in on their favorite hotels registered around the world. More than 800,000 people answered the call and 50 hotels are listed in the global overview.

Oak Bay Beach Hotel in Victoria was ranked 19th in the world and took first place on the Canadian list; it was also the only Canadian selection on the world selection.

With stunning ocean views from the pristine property, the report authors note that it is not uncommon to “see flocks of orcas swimming close to shore.” Plus, the 100-room hotel is located just three miles from downtown Victoria. Inspired by an English mansion, the Oak Bay Beach Hotel is also “complete with architectural touches of Tudor influence and a charming pub serving halibut tempura and seafood soup.” Guests can also cool off in the Boathouse Spa with Pacific Northwest inspired treatments that incorporate seaweed and sea clay.

Do you take your four-legged best friend with you wherever you go? The stately hotel offers pet-friendly accommodations, available as Garden Ocean Rooms, Boutique Suites, Ocean Terrace Rooms, and One-Bedroom Suites. Your first pet costs an additional $ 40 per night, and your second pet costs an additional $ 20 per night. Maximum pet weight allowed is 75 lbs, with a maximum of two pets per room.

The hotel was also shortlisted for Readers’ Choice Awards in 2018 and 2019.

For Canadian hotels, the Fairmont Waterfront in Vancouver ranked second after the Oak Bay Beach Hotel. The authors of the report note that the property is fitted with an “almost outrageous number of windows” meaning the scenery is “practically inside” the harbor accommodation. They also note that the location makes the perfect base for exploring the city’s downtown core as well as enjoying stunning views of the North Rim Mountains and Stanley Park.

Another hotel in British Columbia, the Rosewood Georgia Hotel came in seventh on the Canadian list, with the report’s authors praising the elegant reception area of ​​the downtown Vancouver hotel, its convenient location, luxurious bathrooms with marble floors heated and its excellent location.