A transgender advocacy group has been kicked out of a hotel in Montgomery, Alabama, after a drunk guest harassed several members of the group while attending a conference at the hotel.

The Knights & Orchids Society, Inc., or TKO, a Selma-based startup founded and run by queer, trans, and gender non-conforming black people, attended a work retreat at the SpringHill Suites by Marriott in downtown Montgomery earlier this month.

A guest, who was “visibly drunk,” began harassing a TKO employee, publicly humiliating her, cheating on her and using transphobic slurs, according to the Montgomery-based NBC affiliate. WSFA. 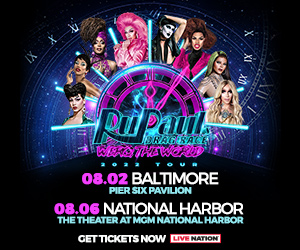 When the TKO employee complained to hotel management, the hotel asked the transgender group to leave and threatened her with arrest if the police were called, according to one group Facebook post.

The group said police detained the man who allegedly harassed the TKO employee, but ultimately released him without charging him.

“The young TKO Ambassadors were also on hand to witness this unfolding, and one of them let us know that they are considering making the transition, but they feel it is far too dangerous to be black and openly trans, “TKO wrote in the post. “Our trans youth cannot envision a safe future because cases like this happen far too often and can lead to even worse outcomes. “

Quentin Bell, the executive director of TKO, called on those with the power to take action to tackle the discrimination that too often plagues the transgender community.

“Unfortunately, this is not an isolated incident, and it has happened far too often with other companies as well,” Bell said. Alabama Media Group. “There has to be change, and we need the cooperation of city leaders to make this happen. “

Montgomery Mayor Steven Reed denounced the incident on social media, tweeting: “I am disappointed to hear about the treatment of the Knights and Orchids Society during a recent visit to our city. Discrimination, whatever it is, is unacceptable. We are committed to working with our partners to be a more inclusive community. This shows us that there is still some hard work left.

I am disappointed to hear about the treatment of the Knights and Orchids Society during a recent visit to our city. Discrimination, whatever it is, is unacceptable. We are committed to working with our partners to be a more inclusive community. This shows us that there is still some hard work left. RS

TKO later said they had arranged a meeting with the hotel to discuss their concerns.

SpringHill Suites by Marriott issued a statement in response to the incident.

“We are committed to providing an environment where all of our guests and employees feel safe and welcome,” the statement read. “We realize that handling a recent verbal altercation between guests is an offense. We regret this and are communicating directly with affected customers to understand their experience.